Welp, I’ve gotten fairly decent at using .023 and .030 wire doing MIG welding. I can definitely make some stuff stick as evidenced by the crap I’ve done over the last few weeks. Just practicing spot/plug welds and running some lap joints, t-joints, and butt joints.. on 22g and 16g sheets.. and on both the metal will tear before the welds come loose. So that’s good. I did burn through a number of times on 22g, so I’m no expert yet lol.. I also had to buy more gas so I went to AirGas and got an 80cu/ft bottle of C25 and a 40cu/ft bottle of straight argon.

Well there’s one key issue with using a MIG welder that doesn’t tell you the exact amperage (Hobart Handler 190).. you don’t have a clue what actual amperage you’re using. Do it wrong and you can easily burn through any sheet metal. Sooooo last night I bit the bullet and spent more money. Based off of a bunch of youtube reviews from guys who can weld, I bought this: 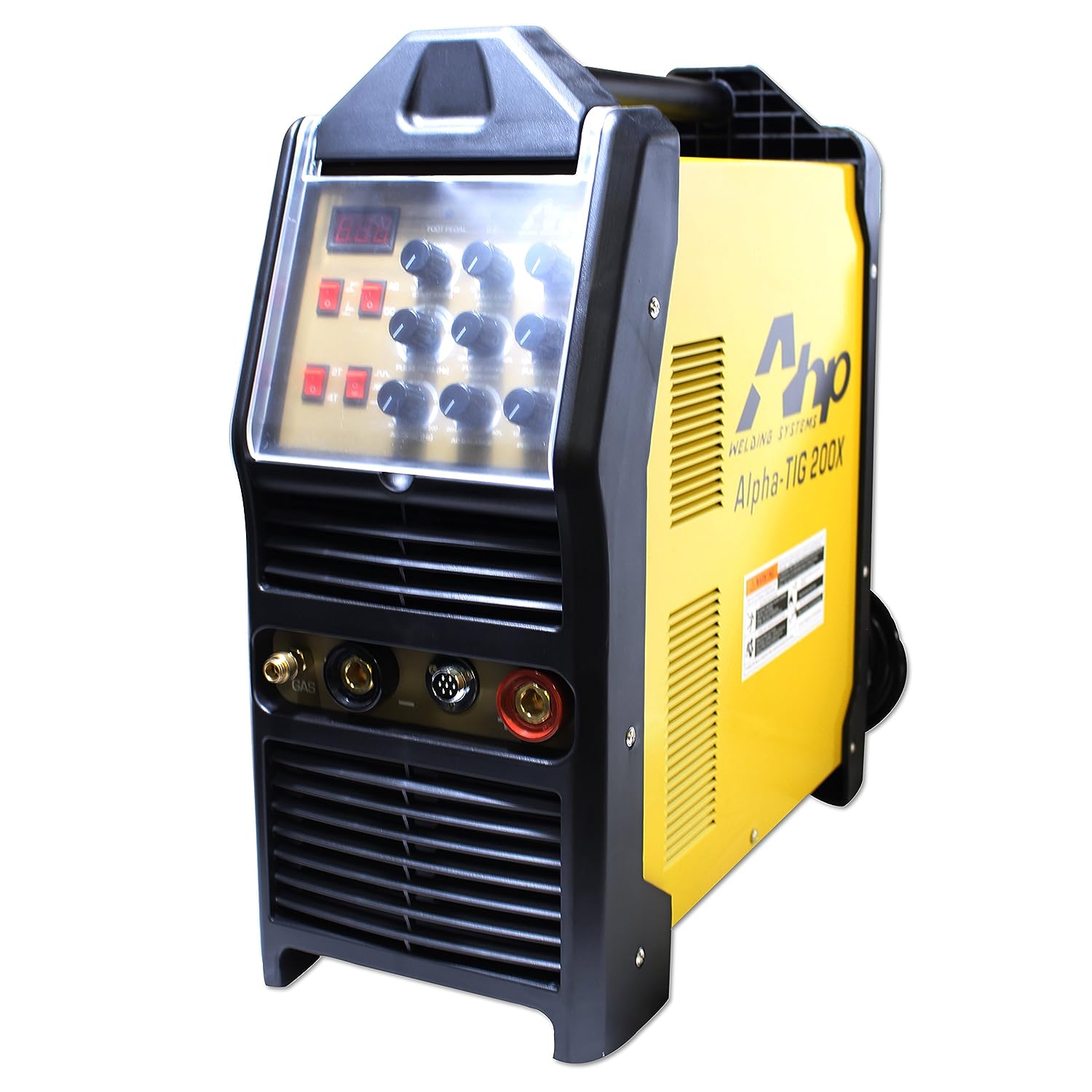 This is a TIG and stick welder and has pretty high reviews from various online resources. I debated for weeks about getting something that’ll TIG weld. The thing for me is I didn’t want just a DC TIG welder. I want to be able to eventually do aluminum and stainless steel. Plus, if I ever get chromoly structural pieces in the Mustang (or Focus), it’ll only cert if done with TIG. It WILL do mild steel just fine.. but this opens up other options for me. I’ll also be able to set the amperage low enough to put in the floor pans without all BS of burning through. I’m not THAT confident with welding sheet metal yet. I’ve burned through several times practicing and don’t want it to happen on the floor pans or rocker panels.

Other news? I’m off this week. Oh, my brother is supposed to come down around Labor Day. If he does visit then we’ll be taking the heads and intake off of the old engine.. and maybe installing the new one. Probably won’t have time to do the install but I’d like to get the old one out so I can start filling in the holes in the engine bay. It’ll also help with getting the wiring cleaned up and potentially redone. 28 year old wiring can be a bitch sometimes. He’ll also be helping to get the Focus oil leaks fixed (my arms are too big) so I’m hoping to have that back on the road, naturally aspirated, shortly. If all goes well with the TIG welding, I’ll end up making a new hot and cold side for the Procharger. Then the tuning fun will begin with that. It’d be nice to have it as the daily again instead of using the truck all the time… which gets around 20-22mpg on the highway.

I guess tomorrow I’ll go get a torch. I’d messaged a guy about a roller that looks to be in much better shape, so I’ve been putting off putting in subframe connectors and such. Since he hasn’t responded with what I asked, I guess I get to put them in. The tabs on the subframe connectors won’t go around the subframes in the front because how much the metal is bent. I’ll heat up the SFC’s and bend the tabs enough to get them tacked in.. don’t want the car to go out of square if it can be prevented. Once that’s done I’ll get the rest of the floor out and wait on the AHP to come in so I can start practicing TIG stuff. I’m hoping it comes in so I can do that over next weekend, but who knows?

Maybe I’ll get good enough with this stuff to be able to quit I.T. in a few years. Again, who knows??